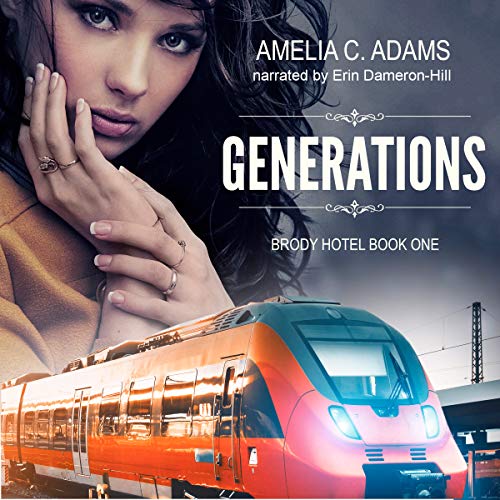 Andrew Brody, investment banker and self-made millionaire, has just lost his father but gained an estate. Along with inheriting stocks, bonds, racehorses, and undeveloped land, he learns that he is now the owner of a hotel that has been in the family since 1875 and should probably just be torn down.

Marissa Clark needs a new challenge - staging homes to sell and rearranging pictures on walls isn't what she dreamed of doing when she became an interior designer. When she gets a call asking her to help renovate a historical building, she leaps at the change - what a great way to use both her love of texture and fabric and her love of history.

They believe they're just taking an old building and giving it a second chance at life...but they have no idea that they're getting a second chance, too.

The Brody Hotel is a spin-off of the best-selling series Kansas Crossroads by the same author.