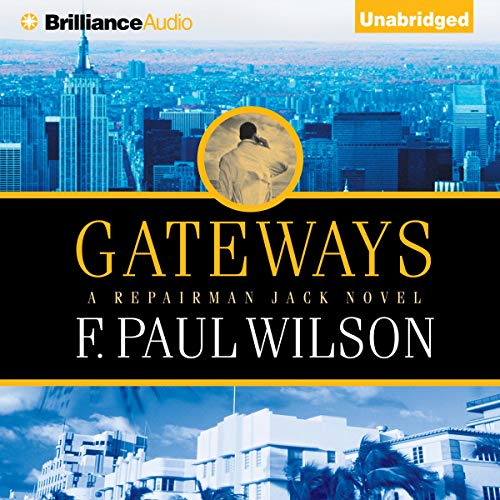 F. Paul Wilson returns with another riveting episode in the saga of Repairman Jack, the secretive, ingenious, and heroic champion of those whose problems no one else can fix. As Dean Koontz says, “Repairman Jack is one of the most original and intriguing characters to arise out of contemporary fiction in ages. His adventures are hugely entertaining.”

Jack learns that his father is in a coma after a car accident in Florida. They’ve been on the outs, but this is his dad, so he heads south to Gateways, a retirement community on the Everglades. The woman Semelee, who has strange talents and lives in an isolated area of the Everglades with a group of misshapen men, feels his presence. She senses that he’s “special,” like her. To protect his father from becoming the next fatality at Gateways, there are questions Jack must answer, secrets he must uncover.

“Call a plumber when the sink is clogged, the cops when you’ve been robbed, but when the you-know-what hits the fan, it’s time to call Repairman Jack.” ( New York Daily News)