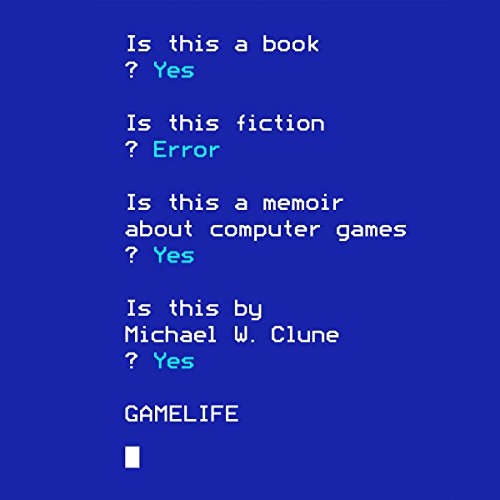 You have been awakened.

Floppy disk inserted, computer turned on, a whirring, and then this sentence, followed by a blinking cursor. So begins Suspended, the first computer game to obsess seven-year-old Michael, to worm into his head and change his sense of reality. Thirty years later he will write: "Computer games have taught me the things you can't learn from people."

Gamelife is the memoir of a childhood transformed by technology. Afternoons spent gazing at pixelated maps and mazes train Michael's eyes for the uncanny side of 1980s suburban Illinois. A game about pirates yields clues to the drama of cafeteria politics and locker-room hazing. And in the year of his parents' divorce, a spaceflight simulator opens a hole in reality. In telling the story of his youth through seven computer games, Michael W. Clune captures the part of childhood we live alone.