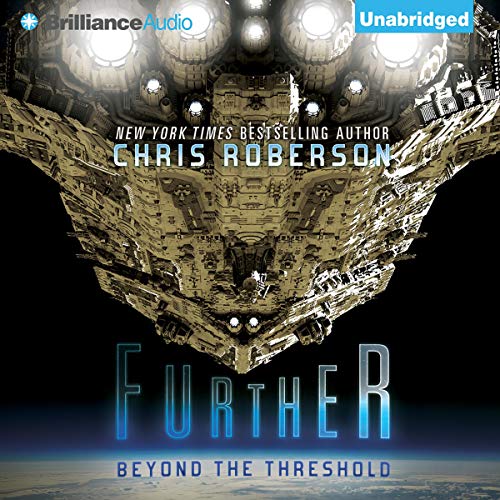 The 34th century: Humankind is spread across 3,000 light years in myriad worlds and habitats known as the Human Entelechy. Linked by a network of wormholes with Earth at its center, it is the world Captain RJ Stone awakens to after a twelve-thousand-year cryogenic suspension.

Stone soon finds himself commanding the maiden voyage of the first spacecraft to break the light speed barrier: the FTL Further. In search of extraterrestrial intelligence, the landing party explores a distant pulsar only to be taken prisoner by the bloodthirsty Iron Mass, a religious sect exiled from the Entelechy millennia before. Now Stone and his crew must escape while they try to solve the riddle of the planet’s network of stone towers that may be proof of the intelligence they’ve come to find.

The first in critically acclaimed author Chris Roberson’s scintillating new series, Further: Beyond the Threshold is a fascinating ride to the farthest reaches of the imagination.