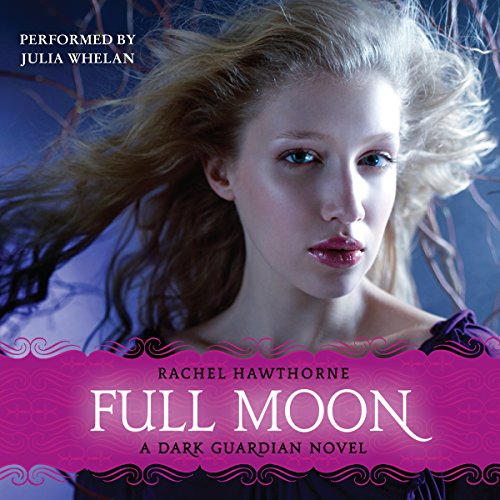 Chapter One "Supposedly, dreams reflect our hidden fears and secret desires, all clamoring for attention. The one I'd had last night had been so vivid that even now, as evening drew near, it still made me squirm in my chair. I sat against a wall in the counsel room where the elders and the Dark Guardians - protectors of our society - were discussing how best to ensure our survival. Because I hadn't yet experienced my first transformation, I was considered a novice and was not allowed to sit at the large, round table with the others. This was okay by me, because it gave me the freedom to let my mind wander - without anyone noticing that I wasn't paying attention.

"In my dream, I'd been standing in a clearing with my declared mate, Connor, our arms wrapped around each other so tightly that we could barely breathe. The full moon served as a spotlight.

"Then dark clouds drifted over the moon, and everything went black. Still holding him near, I was acutely aware of the muscles and bones in his body undulating against me. He grew taller and broader. My fingers were in his hair, and I felt the strands thicken and lengthen. His mouth covered mine, but his lips were fuller than before. The kiss was hungrier than any he'd ever given me. It heated me from head to toe, and I thought I knew what it was to be a candle, melting from the scorching flame. I knew I should move away, but I clung to him as though I'd drown in a sea of doubts if I let go.

"The hovering clouds floated away, and the moonlight illuminated us once again - only I was no longer in Connor's arms. Instead I was pressing my body against Rafe's, kissing him, yearning for his touch....

"I shifted uncomfortably in my chair with the memory of how desperately I'd wanted Rafe. It was Connor I was supposed to long for. But I'd woken up in a tangle of sheets, clamoring for another of Rafe's touches - even if it were only in a dream.

"Squirming again, I felt a sharp elbow in my ribs. 'Be still, will you?' Brittany Reed whispered harshly beside me. Like me, she would soon be turning seventeen and would experience her first transformation with the next full moon.

"I'd known Brittany since kindergarten. We were friends, but I'd never felt as close to her as I did to Kayla - whom I'd met only last summer, when her adoptive parents had brought her to the park to face her past. We'd connected on a deep level almost as soon as we met. We'd spent the past year sharing our lives through emails, text messages, and phone calls.

"During the last full moon she'd discovered that she was one of us and that Lucas Wilde was her destined mate. I can't imagine how frightening it would be to have so little time to prepare. We Shifters can't control the first transformation...."