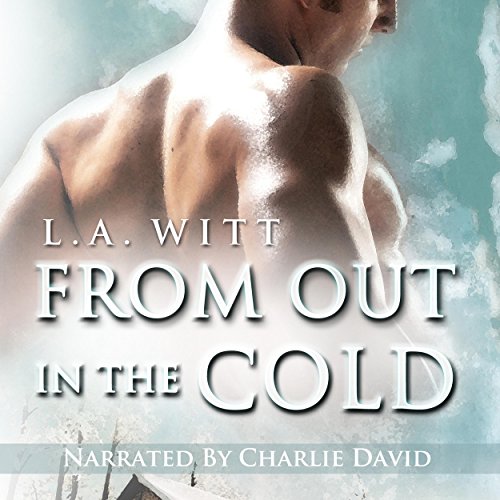 From out in the Cold

Neil Dalton's foundation is already cracking. Grief, guilt, and PTSD have ruled his life since a terrible crime tore his world apart last year, and he's dreading a holiday visit with the family he simultaneously needs and resents. Then someone from his past shows up and rattles that shaky foundation right out from under him.

First a war nearly destroyed Jeremy Kelley, then his family threw him out when he needed them the most. Now he's barely holding on emotionally. He spends his last dollar to get to Chicago and prays his former best friend won't leave him out in the cold.

Neil and Jeremy spend the holidays with Neil's family in their hometown of Omaha. They struggle to deal with families, flashbacks...and feelings that haven't even begun to fade since their last failed attempt at being more than friends. As they try to repair their fractured psyches and rebuild damaged bridges, they rely on each other more than ever, but they can't deny the mutual attraction that's existed since before they were both emotionally battered and scarred. If they couldn't make it work back then, how in the world can they pull it off now?

Das sagen andere Hörer zu From out in the Cold

A gripping Audio Book for a long winter's day

Was hat Ihnen das Hörerlebnis von From out in the Cold besonders unterhaltsam gemacht?

Neil Dalton finds his oldest friend Jeremy Kelley shivering and devastated on his door step one December night. Deep guilt, flashbacks, night terrors, PTSD and their family messed up situations rule their lives. Although they had lost contact for some years, there is this old special bound making Neil and Jeremy cling to each other desparately. Slowly they reveal their emotional scars and realize they need each other more than ever.

Mr David's warm,soft voice is the perfect choice for those two severly battled young men. He does a stunning job portraying brave Neil spiraling down towards his braking point as well as giving scared and struggleing Jeremy his voice. Their getting together is a gingerly slow but realistic process. No doubt, thanks to Mr David's fitting narration both MC s gained a deeper and more vibrant personality and I could "hear" Neil&Jeremy even when I was reading.

This has been my first whipsersync experience switching between reading the story on my Kindle and then continue listening to the Audio Book version. I thought this would confuse me and let me lose my thread but no. It had been really smooth and seamlessly flowing from one to the other media and I thoroughly enjoyed it. Of course, the narrator Charlie David and his voice talent has a lot to do with this perfect media hopping.