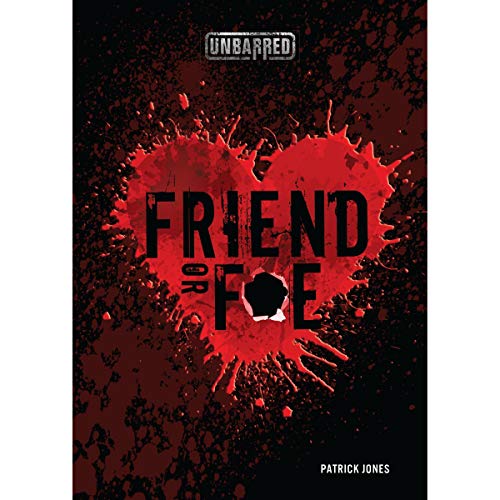 Do the crime, do the time behind bars. But once you've been in, it can be tough to stay out.

Ian's band is finally taking off. But the band's front man and Ian's best friend, Orlando, can't catch a break as a black kid in their white town. Tension with a security guard lands both Ian and Orlando in jail, and when Orlando is held indefinitely, someone will need to take over the band until he gets out. When Orlando chooses Chase, the band's bassist, to step in, Ian is slighted. As Ian's resentment builds, he plots his revenge. One by one, he turns his bandmates against one another, with tragic results. As Ian holds his friends close and his enemies closer, no one can tell which is which - until it's too late.

This modern twist on Shakespeare’s Othello takes a gritty look at betrayal, revenge, and obsession.

"Things are finally looking up for Orlando's band in Friend or Foe. The band is getting real gigs and earning money. But one night Orlando and bandmate Ian get into a scuffle with a security guard. The two friends land themselves in jail, but Ian is released soon after. Orlando, one of the only African Americans in town, is not released. When Orlando chooses someone else to take over the band when he is in jail, Ian plots his revenge. He secretly vows to destroy everything Orlando cares about in this Othello retelling. This high-interest/low-pages series is ideal for reluctant readers or any reader who does not understand Shakespeare. The diversity of characters, the situations of high drama, and the shortness...makes this...ideal for young adult collections." (VOYA)