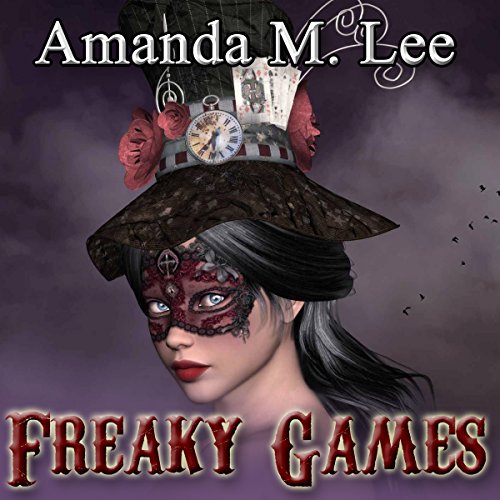 The city that never sleeps has something lurking in the darkness and Poet Parker can't decide if it's friend or foe. The rich history of the area comes into play when research uncovers a mine disaster more than 100 years in the past...and a tragic outcome that still haunts the locale to this day.

Between dust storms bringing forth a creature with glowing red eyes, screams in the desert and Poet's increasing conviction that they're not alone, the team has their hands full. That's on top of the fact that Max decides now is the time to make his move and get to know his son - who also happens to be Poet's boyfriend - in a new light and the unwelcome realization that Luke has seemingly become obsessed with gambling.

Poet's attention is split in numerous directions, although Luke's quagmire is closest to her heart. She wants to help her best friend, even as he spirals out of control. He's not the same best friend she's spent the past few years loving, but she's determined to get him back...even if it means facing off with some of Las Vegas' most perilous residents.

The mystical world of the circus is due to collide with the dangerous underbelly of the gambling world and the two sides might not be as far apart as they initially assume.

When the dust storm settles - and the final battle is upon them - more than one person will be in danger...and Poet will have to make a hard choice to protect those she loves while sacrificing someone else to the unending darkness.

It's the ultimate game, but money isn't the only thing at risk.