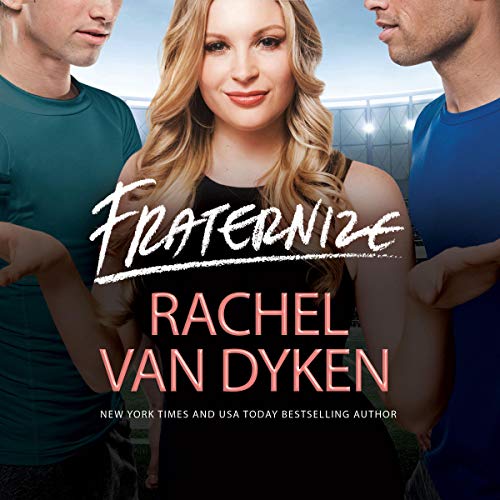 New York Times best-selling author Rachel Van Dyken kicks off a brand-new series in which romance is a game and love is a touchdown.

Emerson just made her dream come true as a professional cheerleader for her favorite pro football team. But even though the plus-size athlete is breaking down boundaries, she still has to contend with the massive rulebook. Carbs? Nope. Chocolate? Definitely not. Still, Emerson loves her curves, and she'll rock the hell out of this job even if it kills her. Except for one mandate that is easier read than done...

No fraternizing with the players.

Problem one is Miller Quinton: Emerson's first love, first sex, and the guy who still ignites her daydreams and R-rated fantasies. Thrown back together, Miller and Emerson feel the undeniable pull of passion again, even if the conflict that tore them apart seems insurmountable. Then there's way-too-sexy Grant Sanchez. He has a serious reputation with the ladies, and when it comes to winning someone he wants, he doesn't let anyone stand in his way.

Now Emerson is breaking every rule in the manual. But what she doesn't know is that she's part of a wicked little game - one that could steal both her dream and her heart.