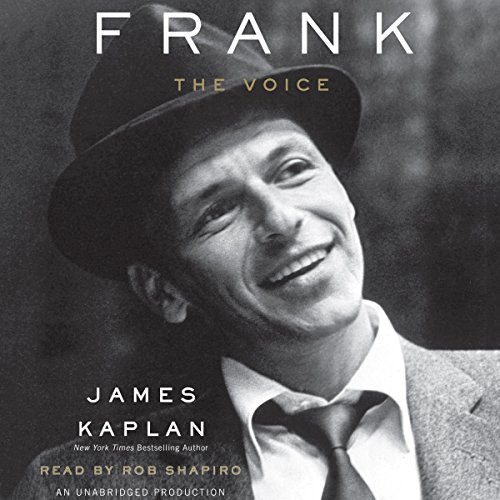 Frank Sinatra was the best-known entertainer of the 20th century - infinitely charismatic, lionized, and notori­ous in equal measure. But despite his mammoth fame, Sinatra the man has remained an enigma. As Bob Spitz did with the Beatles, Tina Brown for Diana, and Peter Guralnick for Elvis, James Kaplan goes behind the legend and hype to bring alive a force that changed popular culture in fundamental ways.

Sinatra endowed the songs he sang with the explosive conflict of his own personality. He also made the very act of listening to pop music a more personal experience than it had ever been. In Frank: The Voice, Kaplan reveals how he did it, bringing deeper insight than ever before to the complex psyche and tur­bulent life behind that incomparable vocal instrument.

We relive the years 1915 to 1954 in glistening detail, experiencing as if for the first time Sinatra’s journey from the streets of Hoboken, his fall from the apex of celebrity, and his Oscar-winning return in From Here to Eternity. Here at last is the biographer who makes the reader feel what it was really like to be Frank Sinatra - as man, as musician, as tortured genius.

"Fascinating.... For anyone who wants to know what popular culture and celebrity felt like around the middle of the twentieth century, this book is the new bible." ( Booklist)
“The answer to 'what is there left to say about Sinatra' is staggeringly answered in James Kaplan's new book. This story has never been told with such incisiveness, care, research and respect. With so many new revelations, you might never really know who Frank Sinatra is until you read this book.” (Michael Feinstein)
“Jim Kaplan’s great gift is his own voice, in peak form—stylish, seductive, and richly resonant—that stands up to Sinatra’s powerful baritone. This is a perceptive, passionate biography of an immense and immensely flawed musical figure whose life and legend continue to fascinate.” (Bob Spitz, author of The Beatles)