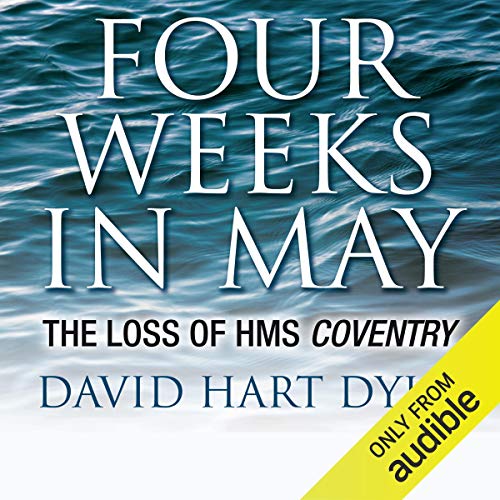 Four Weeks in May

On 25 May 1982, at a critical juncture in the Falklands War, the destroyer HMS Coventry was attacked by Argentinean aircraft. In a devastating strike, she was hit by three bombs, two of which exploded inside her hull, killing 19 of her crew and leaving many others badly injured. Within minutes Coventry had capsized, and would finally sink the following day. It was the first occasion since the Second World War that a British captain and crew had to abandon a stricken ship. This is the highly personal, often harrowing story of Coventry’s war told by her captain.