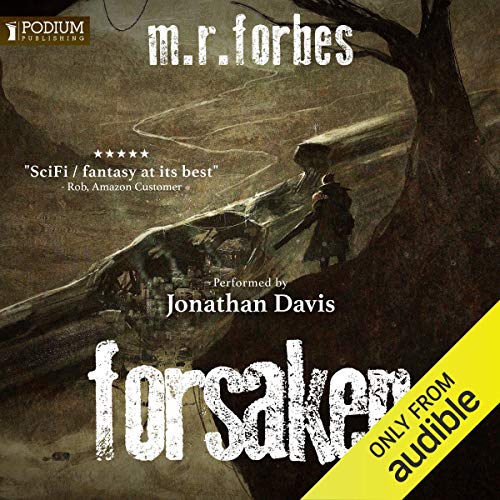 Sheriff Hayden Duke was born on the starship Pilgrim, like his father, and his father before him.

He expects to die any second.

He's already been attacked by demonic aliens, rogue soldiers, and even the people he thought were his friends.

Outcast. Forsaken. He's entered a strange new world. A world he knows nothing about. A world he's never stepped foot on before. A world where hope has been buried beneath the claws of monsters and the boots of a tyrant.

They'll try to stop him. They'll try to break him. Of course, they'll try. It won't be as easy as they think. A new hope is rising in an old world.

There's a new Sheriff in town.