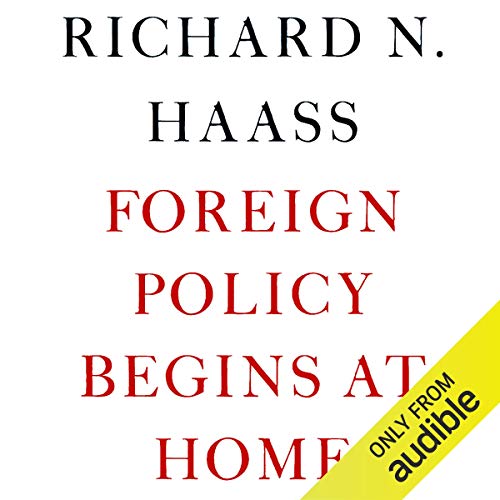 The biggest threat to the United States comes not from abroad but from within. This is the provocative, timely, and unexpected message of Council on Foreign Relations President Richard N. Haass’ Foreign Policy Begins at Home.

Foreign Policy Begins at Home describes a 21st century in which power is widely diffused. Globalization, revolutionary technologies, and the rise and decline of new and old powers have created a "nonpolar" world of American primacy but not domination. So far, it has been a relatively forgiving world, with no great rival threatening America directly. How long this strategic respite lasts, according to Haass, will depend largely on whether the United States puts its own house in order.

Haass argues for a new American foreign policy: Restoration. At home, the new doctrine would have the country concentrate on restoring the economic foundations of American power. Overseas, the U.S. would stop trying to remake the Middle East with military force, instead emphasizing maintaining the balance of power in Asia, promoting economic integration and energy self-sufficiency in North America, and working to promote collective responses to global challenges.

Haass rejects both isolationism and the notion of American decline. But he argues the United States is underperforming at home and overreaching abroad. Foreign Policy Begins at Home lays out a compelling vision for restoring America’s power, influence, and ability to lead the world.