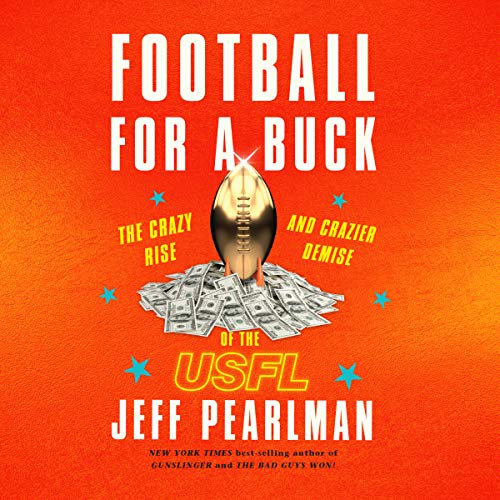 Football for a Buck

The United States Football League was the last football league to not merely challenge the mighty NFL but also to cause it to collectively shudder. It spanned three seasons, featured as many as 18 teams, secured multiple television deals, drew millions of fans, and launched the careers of legends - but then it died beneath the weight of a particularly egotistical and bombastic owner, a New York businessman named Donald Trump.

In Football for a Buck, Jeff Pearlman draws on more than 400 interviews to unearth all the salty, untold stories of one of the craziest sports entities to have ever captivated America. From 1980s drug excess to some of the most enthralling and revolutionary football ever seen, Pearlman transports listeners back in time to this crazy, boozy, audacious era of the game. He shows how fortunes were made and lost and how, 30 years ago, Trump was a scoundrel and a spoiler. This is sports as high entertainment - and a cautionary tale of the dangers of ego and excess.