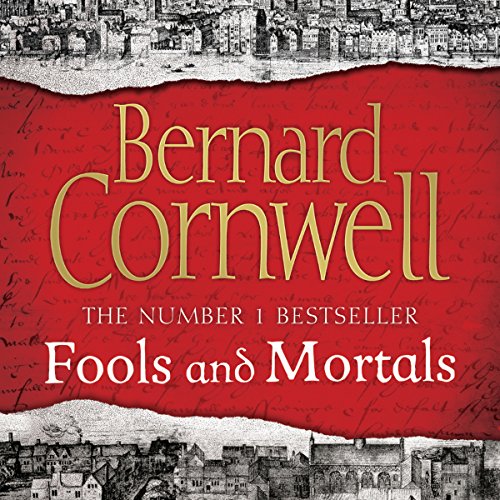 A dramatic new departure for international best-selling author Bernard Cornwell, Fools and Mortals takes us into the heart of the Elizabethan era, long one of his favourite periods of British history.

Fools and Mortals follows the young Richard Shakespeare, an actor struggling to make his way in a company dominated by his estranged older brother, William. As the growth of theatre blooms, their rivalry - and that of the playhouses, playwrights and actors vying for acclaim and glory - propels a high-stakes story of conflict and betrayal.

Showcasing his renowned storyteller's skill, Bernard Cornwell has created an Elizabethan world incredibly rich in its portrayal: you walk the London streets, stand in the palaces and are onstage in the playhouses as he weaves a remarkable story in which performances, rivalries and ambition combine to form a tangled web of intrigue.

"Like Game of Thrones, but real." ( The Observer)
"Blood, divided loyalties and thundering battles." ( The Times)
"Strong narrative, vigorous action and striking characterisation, Cornwell remains king of the territory he has staked out as his own." ( The Sunday Times)

A Must for every lover of Shakespeare & his plays

superbly read, every Character could be visualised thanks to Mr Judd.
thank you very much.