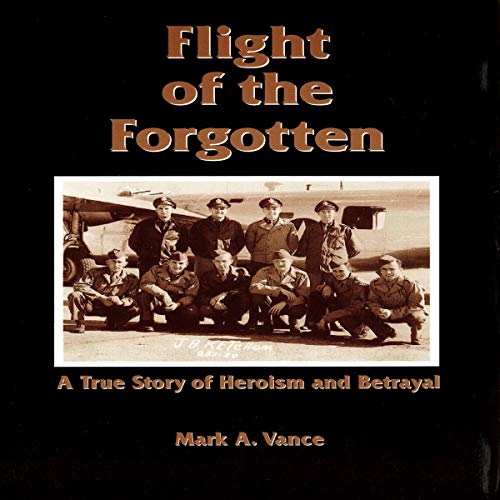 Flight of the Forgotten

Flight of the Forgotten

Flight of the Forgotten is the true story of one of the most closely-guarded American military secrets of all time. It is intriguing, controversial, and thought-provoking. The story traverses 50 years, two generations, and the realities of our physical world.

The triggering event is the tragic loss of an American Eighth Air Force bomber crew in 1945 under mysterious circumstances while enroute home after the end of World War II.

The loss represents a 50-year-old aviation mystery, officially "forgotten" by the United States Government. Details described and amplified within the story remain permanently "buried" inside a top-secret OSS file to this day. This book is a public counter to official efforts by the United States Government to have the events permanently erased from the public record. The author's extensive research indicates that those events involve murder, conspiracy, and sabotage by the OSS, the forerunner to the modern CIA.