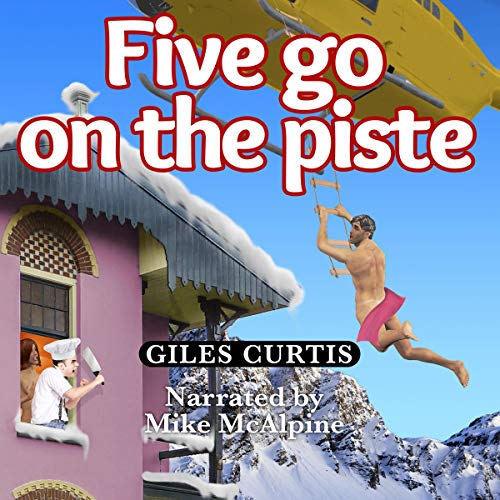 Five Go on the Piste

Five Go on the Piste

Getting the gang back together to revisit their annual ski trip after 10 years of recession and child-rearing seemed like a good idea to Will. But the manopause was approaching.

Judah’s whipping indiscretion with a young student has hit the headlines, and an ambulance patient has threatened Al with assault. Mac has finally found a client with money, but she’s after more than just remodeling her house; and Rick is diverting his grief into ludicrously high risk activities.

Will struggles to get them to the slopes, but there they find the mishaps are just beginning...

Another hilarious Giles Curtis romp through the crumbling loves and lives of five men who prove that age doesn’t necessarily mean maturity.

Now want to see the film!

This book was quite hard to get into, there were loads of characters to begin with to sort out, and the narrative was quite short and choppy and an unusual style, but halfway through the story starts to get gripping, and you start care for the characters wondering how on earth they managed to get into the messes that they did with such calm & ease. I was sad when it all came to an end. Really entertaining, good book. Great lighthearted summer reading.