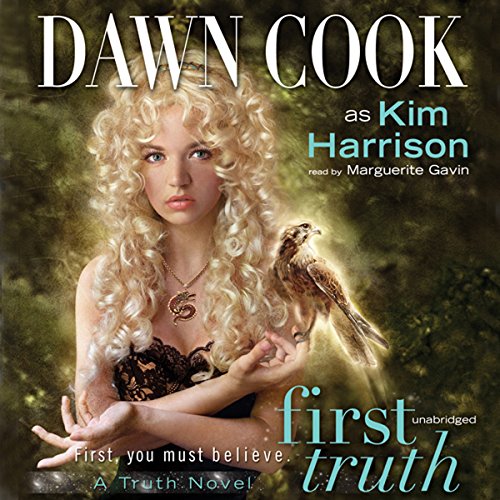 Alissa doesn’t believe in magic. Her father’s stories about the Hold, a legendary fortress where human Keepers learn magic from the enigmatic Masters, are just that—stories. But her mother insists Alissa has inherited her father’s magical ability, so she must go to the Hold to be trained.

On her way, she crosses paths with Strell, a wandering musician from the plains. Though Alissa is not sure she can trust a plainsman, Strell has something Alissa needs—one of her father’s old maps. Traveling together, they can reach the Hold before the snow sets in. But they don’t know that the Hold is nearly empty. The Keeper Bailic has sent the Masters on a fool’s errand and systematically killed the other Keepers in his search for the First Truth, a book of magic that will give him ultimate power. And he believes that Alissa and Strell hold the secret of the book’s hiding place.

This is the first book in the Truth Series by Dawn Cook, who also writes under the pen name Kim Harrison.