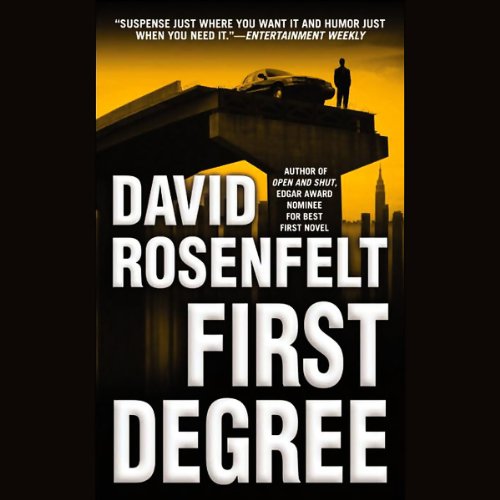 When a cop's body is found burned and decapitated, the last thing Andy Carpenter expected is for a stranger to waltz into his office and admit to the crime. For the wise-cracking millionaire defense attorney suffering from "lawyer's block", the case looks like a no-brainer...until the cops pick up another suspect: Andy's lead P.I., Laurie Collins, who happens to be the love of his life.

Soon Laurie's facing conviction for the grisly murder and Andy must desperately try to save her. All he had wanted was a case to sink his teeth into. Now he gets one that's a kick in the head - and the heart.

"Rosenfelt should win a unanimous verdict: first-rate." ( Publishers Weekly)
"As satisfying as the nuts and bolts of the case are, it's the sheer likability of Andy and the odd assortment of his friends and staff that lifts the story from merely enjoyable to genuinely delightful." ( Publishers Weekly)