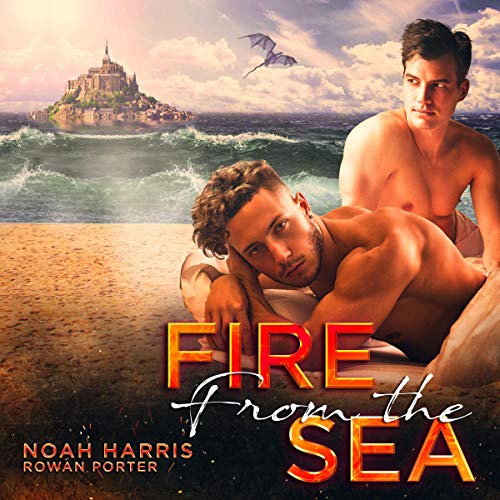 Fire from the Sea

Opposites attract, but can the love between these two shifters overcome all the odds against them?

Jaryn’s life might not have been perfect, but it was his, and that had been enough.

He’d had his mother and sister; he’d been in college, and he’d been working on starting a life for himself. That all changed when his mother died, plunging his life into chaos. Before he even has a chance to grieve, before he can give his mom the funeral she deserves and adjust to being responsible for his little sister, he learns just how bad things really are. His mom owed a debt to the royal shifters, and now it’s his job to pay it off. But getting a job flipping pizzas isn’t going to cover the amount she owes, and now Jaryn finds himself accepting a job serving the royal shifters to pay off her debt.

It can’t be too hard, right? It isn’t like this job is going to change his life....

After signing a peace treaty with humans to end the Great Wars, Rhys’ family of dragon shifters became royalty. Rhys, however, feels more suited to the battlefield than the political arena. The rest of his life now mapped out for him, all he wants is to find his true mate. But with his parents pushing him to claim the throne, he fears he might have to settle for someone else.

Fire from the Sea is a stand-alone M/M Dragon Shifter romance featuring two sexy men from very different worlds whose fate will be forever intertwined. 18+ only please.