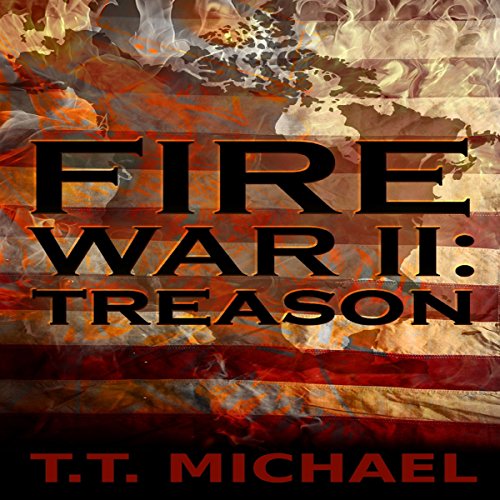 Anthony Jackson, military veteran, member of the Presidential security team, father, husband, patriot, and spy. His daughter safely recovered from a government detention center, Jackson's role as a spy for the antigovernment Apocolyte group is firmly cemented. All he needs to do is keep his head down, do his job, and get intel back to his rebel handler. But as Jackson's suspicions about President Meyers are proven true, and the tasks he's asked to handle become more and more immoral, his loyalties are becoming strained.

Where is the line between truth and lie? Between loyal citizen and blind follower? Between right and wrong? And who gets to draw that line? The Apocolytes are growing stronger, but Meyers is too, and only one of them can be the bad guy. But which? Jackson needs to choose sides, and he needs to do it fast. But in the end, only the biggest tragedy of them all can force his hand.

His life will never be the same, his family will never survive, and his ideals can be shattered or overturned. Assassinations are all part of the job; he's always dealt in lies and secrets. But now there's something much more personal on the line: vengeance. Saving the world from terrorists is no big deal, knowing who the terrorists are is the real trick.