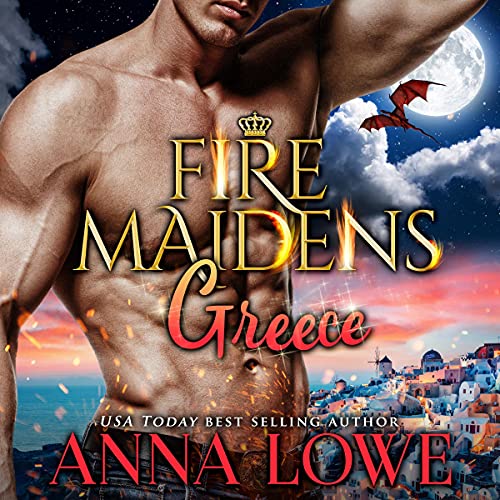 After 10 years in the military, dragon shifter Theo Lazaridis has a new mission: to check off the last of his father’s requirements and finally claim a vast inheritance. But plans are made to be rewritten, and priorities change, especially when a fiery stranger appears, turning his world upside down.

Zoe Thomas is living an archaeologist’s dream on a sun-kissed Greek island. That is, until startling new discoveries at her excavation open a Pandora’s box of trouble - and puts her on a collision course with powerful forces straight out of Greek mythology.

Much as her stubborn pride hates to admit it, Zoe needs help to protect an ancient wonder - and to survive. The problem is, the only person up to the challenge is a tantalizing mystery man she’s been warned not to get involved with.... The very man she finds impossible to resist.

Danger lurks over Europe, where a ruthless dragon clan plots to seize power in the grandest, most glamorous cities. The guardians of old have summoned a new generation of shifter heroes to protect the castles, cathedrals, and cobblestoned streets of their ancestral homes - and to seek out the last of the Fire Maidens, women coveted by the dark lords for their royal blood. Those women are absolutely off-limits to the young warriors tasked with protecting them. But destiny, of course, has other ideas...

A series of sizzling paranormal romances with adult content. Dragons, wolves, lions, and more! Each story is a pause-resister packed with action, emotion, and romance! No cliff-hangers. If you like smoldering hot shapeshifters, military heroes, royal intrigue, and a hint of magic, you'll love these books. Join these strong heroines and their alpha heroes in atmospheric locales filled with danger and suspense!