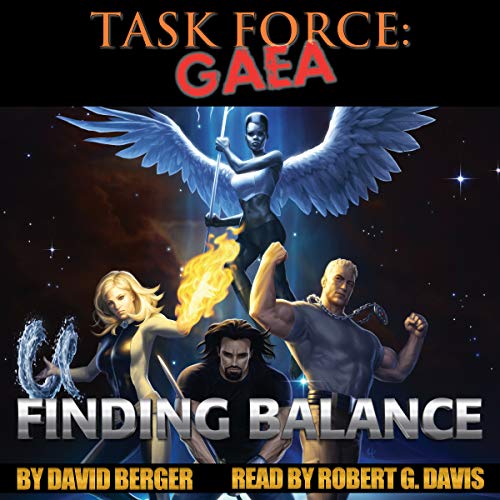 Four modern-day strangers - Dan, Aleta, Brandon, and Sarah - learn they are bound by prophecy to fix what the Olympian gods have broken. Gifted with ancient magic from long-lost civilizations, they must master their powers while contending with forces escaping from the Underworld and also find a way to repair the Sacred Scales, destroyed by an angry goddess long ago.

Their success lies with Apollo, a god whose earthbound journey provided the means to fulfill the prophecy. These four mortals - a teacher, a scientist, a zoologist, and a potter - join the United Nations Task Force Division sworn to protect an endangered world, becoming the sole team - codename: GAEA - who can fight the monstrous threats and bring order to a world plunged into chaos.

Bringing together the powers of the ancient gods and the strength of the human spirit, the members of Task Force: GAEA may have to sacrifice that which they hold dear to be their only key to success. Can mortals succeed where gods cannot go?