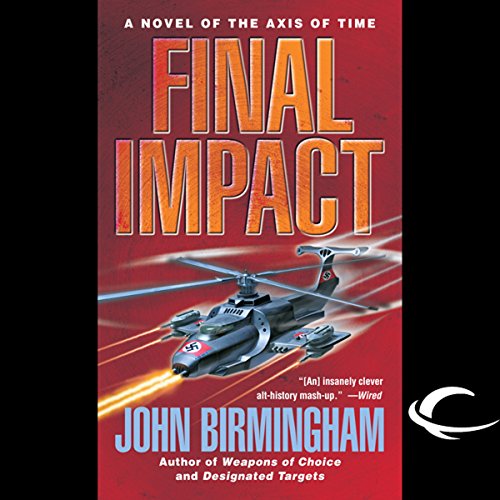 In the year 2021 a multinational fleet - experimenting with untested weapons technology - pitched through time, crash-landing in 1942. The world is thrown into chaos as Roosevelt, Hitler, Churchill, Tojo, and Stalin scramble to adapt to new, high-tech killing tools, and twenty-first-century ways of war.

For "uptimers" like Britain's Prince Harry and the men and women who serve aboard the supercarrier USS Hillary Clinton, war is a constant struggle with their own downtime allies, who are mired in ignorance and bigotry.

As the Allies counter the Nazi assault and set off for the coast of France, Japan begins to buckle, soon every battle will be played out in a lethal dance of might and intelligence, unholy alliances and desperate gambles, and each clash will be fought with the ultimate weapon; knowledge from the future.

Thanks to the historical records, all sides know that two superpowers will emerge, while the losers will be pounded into submission. But time has shifted on its axis, so none know who will survive, or how peace will take hold in a world turned upside down. These are the questions that John Birmingham brilliantly answers in his critically acclaimed adventure of war and imagination.

it ends up being all about who drops nukes first and so in....all the interesting social commentary is kinda gone