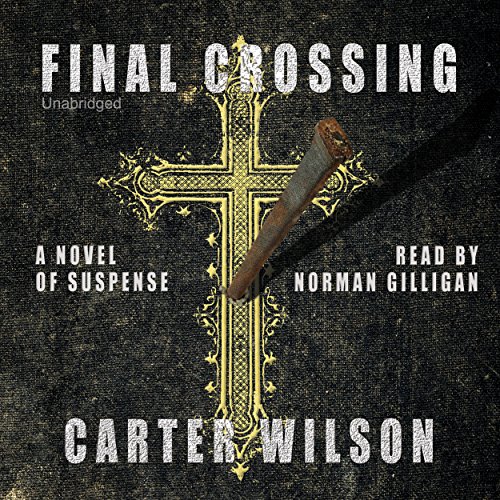 Rudiger doesn't kill because he wants to. He kills because he needs to. When the sadistic Preacherman stole the last bit of Rudiger's already troubled childhood soul, Rudiger lost himself forever. As an adult, Rudiger has committed atrocities even he cannot explain and he yearns for the End of Days to release him from his pain. God has told him he must crucify The One to bring about the Final Judgment, but Rudiger is left to his own special abilities to figure out who The One is. Thus begins Rudiger's horrifying journey across continents in hopes of bringing an end to the world, one nail at a time.

One man remembers what Rudiger is capable of. Jonas Osborne, an Army Ranger and Senatorial Chief of Staff, saw first-hand what Rudiger did during a terrifying firefight in Somalia almost two decades earlier. Now Jonas himself could be a target on Rudiger's quest and he enlists the help of a beautiful psychic criminologist to understand where Rudiger will erect his next cross. And only on the biggest international stage - a summit for Middle East peace talks - will Jonas and Rudiger meet again for one final confrontation.