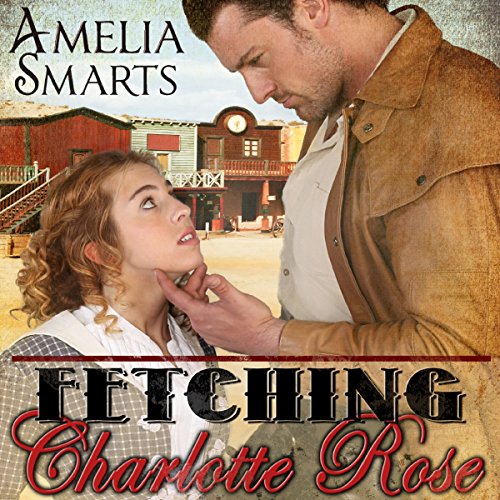 As soon as she steps off the train into the hot western sun, Charlotte Rose wonders if she has made a mistake. Leaving Boston to take a job as the schoolmarm of the small town of Weston, Arizona had seemed like a good idea, but the man sent to fetch her from the station almost changes her mind. The handsome but uncivilized brute who introduces himself as Max Harrison not only calls Charlotte by her first name, he even demands that she change her outfit.

Her humiliation is complete when, after ignoring his advice to put on something more suitable for the summer weather, she faints from the heat. To her utter shame, Charlotte is forced to endure being undressed down to her underthings to cool down, and worse still, Max warns her in no uncertain terms that any further foolishness will earn her a sound spanking on her bare bottom. Yet somehow, despite his threat to chastise her in such a barbaric fashion, Charlotte cannot deny that being in Max's presence sets her heart fluttering like nothing ever has before.

Though she may be the feistiest woman he has ever laid eyes on, Max finds himself longing to see more of Charlotte - much more, in fact - and when he discovers that she feels the same way, he sets about courting her. But Weston is a very different place from Boston, and Max makes it clear to Charlotte that he will do whatever needs doing to keep his girl safe, even if that means taking her over his knee for a good, hard spanking as often as her behavior warrants it.

Charlotte's love for Max grows deeper with each passing day, but she cannot help wondering if he sees her as nothing more than a silly girl in need of his constant protection, and matters come to a head when a violent, hateful man with a grudge against Max seeks to disrupt their lives. Will Charlotte's pride be her undoing, or will she finally get the chance to prove herself to Max?