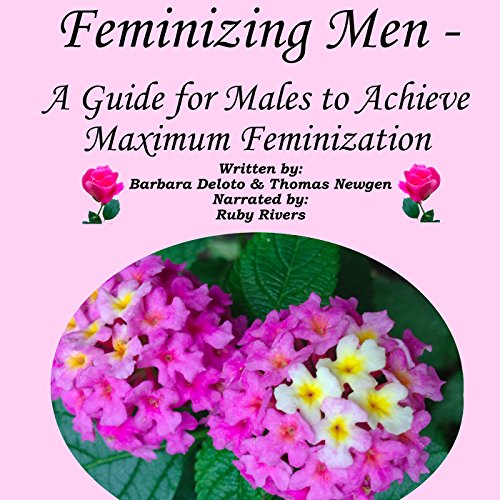 Do you want to feminize a male, or do you as a male want to become feminized?

Feminization: 1) To give a feminine appearance or character to. 2) To cause (a male) to assume feminine characteristics.

This feminization guide is for a male by gender who may or may not be a real man by some opinions, but nonetheless a male, who has chosen or is being coerced into, becoming feminine in appearance and character.

This guide is to be given to those who have been tasked with becoming a feminized male as part of a process to feminize them, or purchased for use by males who wish to feminize themselves.

It doesn't have any magic potions or formulas, special makeup or fancy tools, use any drugs or surgery. It does cover all the aspects of eliminating the man markers that set males aside from women, and make a male less feminine than they could ultimately be. It will demasculinize anything that may have had a masculine overtone with the male. It will also aid the feminized male to feel more sensual and sexy in a feminine role.

After the male has read this, acted upon this information fully, and practiced, he will be the best feminized male he can be. He will reach crossdressing perfection as a male to female (MTF) cross dresser. He will have the routines of maintenance and upkeep of the feminized male body, which will keep him ready, and most likely anxious, to fairly quickly, crossdress at the request of their wife, mistress, or whim of his own.