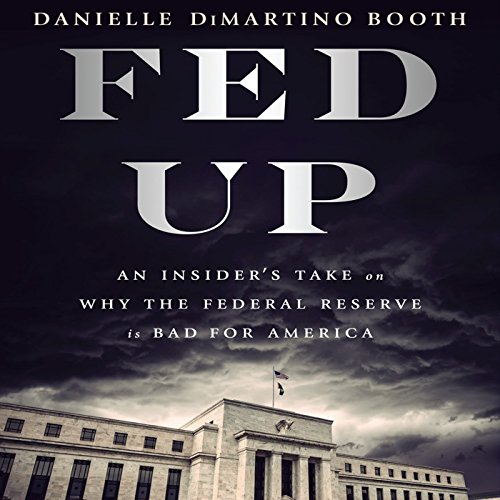 An insider's unflinching exposé of the toxic culture within the Federal Reserve.

In the early 2000s, as a Wall Street escapee writing a financial column for the Dallas Morning News, Booth attracted attention for her bold criticism of the Fed's low interest rate policies and her cautionary warnings about the bubbly housing market. Nobody was more surprised than she when the folks at the Dallas Federal Reserve invited her aboard. Figuring she could have more of an impact on Fed policies from the inside, she accepted the call to duty and rose to be one of Dallas Fed president Richard Fisher's closest advisors.

To her dismay, the culture at the Fed - and its leadership - were not just ignorant of the brewing financial crisis but indifferent to its very possibility. They interpreted their job of keeping the economy going to mean keeping Wall Street afloat at the expense of the American taxpayer. But bad Fed policy created unaffordable housing, skewed incentives, rampant corporate financial engineering, stagnant wages, an exodus from the labor force, and skyrocketing student debt. Booth observed firsthand how the Fed abdicated its responsibility to the American people both before and after the financial crisis - and how nobody within the Fed seems to have learned or changed from the experience.

Today the Federal Reserve is still controlled by 1,000 PhD economists and run by an unelected West Coast radical with no direct business experience. The Fed continues to enable Congress to grow our nation's ballooning debt and avoid making hard choices, despite the high psychological and monetary costs. And our addiction to the "heroin" of low interest rates is pushing our economy toward yet another collapse.

This book is Booth's clarion call for a change in the way America's most powerful financial institution is run - before it's too late.