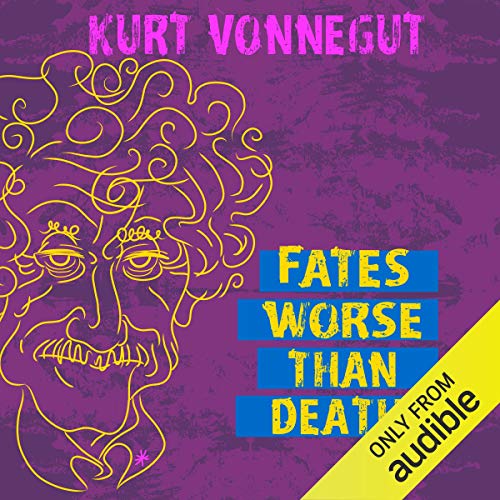 Kurt Vonnegut presents in Fates Worse than Death a veritable cornucopia of his thoughts on what could perhaps best be summed up as "anti-theology", a manifesto for atheism that details Vonnegut's drift from conventional religion, even a tract evidencing belief in the divine held within each individual self--the deity within each individual person present in a universe that otherwise lacks any real order. Vonnegut was never a real optimist, and with just cause: he had an incredibly difficult life (he had been a prisoner of war, from which he drew the title for his book Slaughterhouse-Five) and suffered from failing health, which only showed him his own mortality even more than he already knew it. Still, most readers find that in the body of Vonnegut's work there is a glimmer of desperate hope. Vonnegut's continued search for meaning surely counts for a great deal as he balances hope and despair. Scholars and fans can read about Vonnegut's experiences during World War II and the after effect he felt it had on him. His religious (or antireligious) ramblings and notations are interesting and, by turns, funny and perceptive. The humor may be dark, but that does not make it any the less funny.