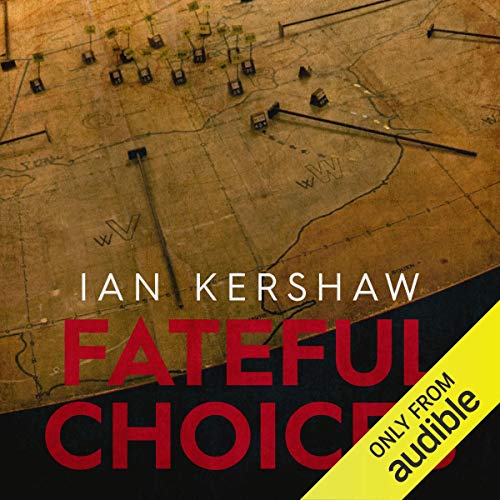 Ian Kershaw's Fateful Choices: Ten Decisions That Changed the World, 1940-41 offers a penetrating insight into a series of momentous political decisions that shaped the course of the Second World War.

The hurricane of events that marked the opening of the Second World War meant that anything could happen. For the aggressors there was no limit to their ambitions; for their victims a new Dark Age beckoned. Over the next few months their fates would be determined.

In Fateful Choices Ian Kershaw re-creates the 10 critical decisions taken between May 1940, when Britain chose not to surrender, and December 1941, when Hitler decided to destroy Europe's Jews, showing how these choices would recast the entire course of history.

"Powerfully argued...important...this book actually alters our perspective of the Second World War." (Andrew Roberts)
"A splendidly lucid and impeccably argued exposition of the greatest political decisions of the Second World War." (Max Hastings)
"A compelling re-examination of the conflict...Kershaw displays here those same qualities of scholarly rigour, careful argument and sound judgement that he brought to bear so successfully in his life of Hitler." (Richard Overy)

Entertaining book, but miss the mark

The book is interesting, but I disagree with the choice of fateful decisions. It has sparked my curiosity and I will look elsewhere for more 'what ifs'!?