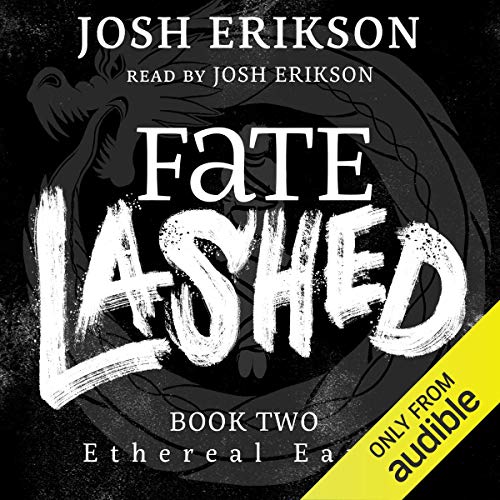 Some heroes are born, some are made, and some are willing to fake it for the right pay.

Gabe abandoned life as a conman after the disasters in Lincoln, and he managed to carve out a bit of peace with the scraps he had left. Unfortunately, bad guys suck at respecting personal boundaries. So, together with Heather and a group of weird new companions, he finds himself shackled to a horrifying cosmic game with sky-high stakes, inscrutable goals, and rules that seem to change every five minutes. And when old gods and monsters resurface to make things so much worse, he's finally forced to admit that he might not be talking his way past any of it.

Fate itself rises to force-feed Gabe a cliché quest, leaving him only to find the artifact, get paid the fortune, and try to make it out alive...and if there's enough time, maybe save the whole stupid world.

Fate Lashed is the sequel to Hero Forged and is the second audiobook in the Ethereal Earth series - an ongoing tale about the nightmares we create, those they create for us, and a few people who refuse to take any of it too seriously.