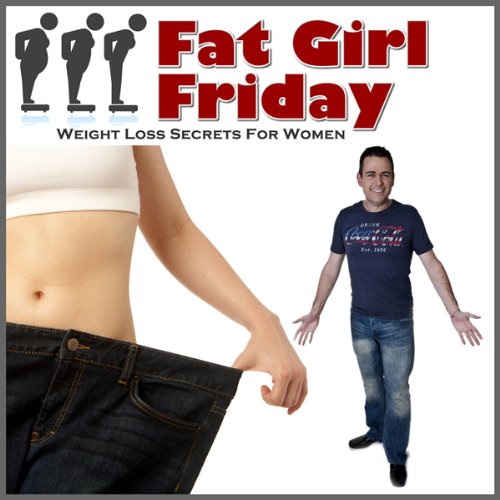 Are you sick of being on a diet? Do you always seem to be struggling to stop gaining weight? Fat Girl Friday is the most unique dieting book ever written – it will change the way you eat for the rest of your life! Craig Beck is one of the fittest, healthiest and most toned people you will ever meet. So why is he known around the world as ‘Fat Guy Friday’? In truth that’s exactly what he used to be.. a big fat guy! Until one day he said enough is enough and broke the cycle of yo-yo dieting that had plagued his life.

On Friday 10th September 2010 he stood on the scales at a depressing 252 lbs. He was the heaviest he had ever been, something as simple as walking up a flight of stairs would leave him gasping for air, he struggled to play games with his children and was the most miserable he had ever been. A former hypnotist, Craig knew that problems in life are primarily the result of dysfunctional programmes running in the subconscious mind, which are creating the very things we are unhappy with. Whilst he was building a system to deal with his own ever-expanding waistline he discovered two common traits shared by virtually all-overweight people. By removing these two secret problems he found that no matter who tried his system lost weight. Better than that, at no point did any of them report being hungry, irritable or unhappy during the process. In Fat Girl Friday, Craig pulls no punches and delivers a wakeup call designed to change your life for the better, forever!

The two reasons why you are overweight. Why every diet you have ever tried has failed. What the diet industry doesn’t want you to know. The secrets only slim people know. How to lose weight & feel great without feeling hungry, ever! Feel better and healthier than you ever thought possible.