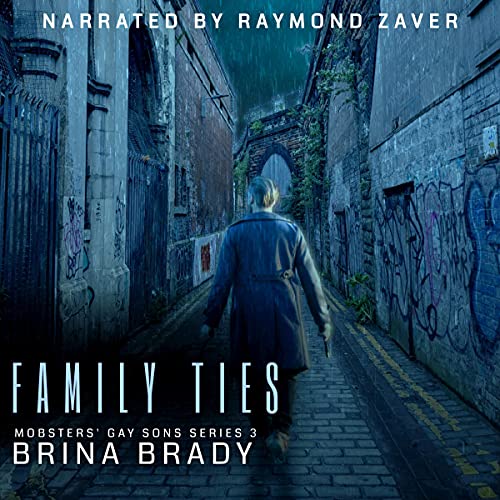 Ben believes he finally has his happily ever after, but quickly learns how wrong he is. Living in California gives Ben love, opportunities, and acceptance. However, he isn’t as safe as he thinks. The Banetti family persists in interfering, causing problems in his marriage and for the Chernovs. Ben’s family threatens to knock his happiness down many notches. Maybe one too many times, destroying everything he’s worked for.

Mishka Chernov’s dream to end all family ties to criminal operations in New York materializes. Ben and Mishka begin a new life in California surrounded by the Chernov family. He acquires a legitimate business and finds himself in college.

Family Ties is the continuation of two mobsters’ gay sons’ series. Ben and Mishka realize their love and marriage will always cause problems between their two mafia families, one Russian, the other Italian, but they fight for their love. This story is book three in the Mobsters’ Gay Sons Series. MM romance that follows an established relationship. It has some D/s elements and a guaranteed HEA.