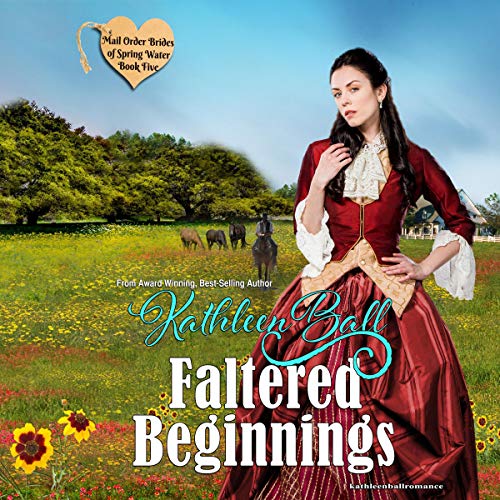 Mary Beth arrives at the Eastman ranch planning to marry Lex Willis. To her dismay Lex is already married to Iris, the love of his life. Mary Beth then confesses she’d been attacked by the same man who tried to attack Iris in Button Hills, Texas. Mary Beth also struggles with forgiveness and searches for the answer.

Marry Beth grew up wealthy and cared for in every way until her father throws her out. With nowhere to go and in need of a father for her expected child she accepts the first proposal that comes her way.

Ross Carter only has one true desire in life: to own a house. If he marries, Parker Eastman will build one for him. His own father had ingrained in Ross that love is for losers. He decides to marry Mary Beth, not for love but for a house.

Married life is very awkward and to make things worse the man who attacked both Mary Beth and Iris is set on harming them.

Can Ross and Marry Beth find common ground for the sake of the baby? Will they learn to trust each other enough to keep each other safe from the man determined to take both Mary Beth, her child, and Iris?