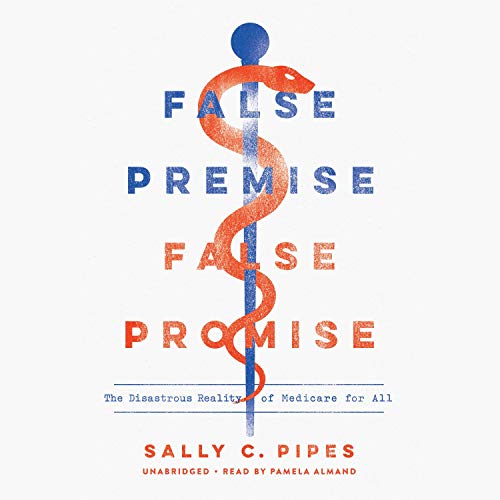 A native of Canada with direct experience under a single-payer system, Pipes debunks the Medicare for All plans touted by Democrat contenders.

American health care is at a crossroads. Health spending reached $3.5 trillion in 2017. Yet more than 27 million people remain uninsured. And it's unclear if all that spending is buying higher-quality care.

Patients, doctors, insurers, and the government acknowledge that the status quo is unsustainable. America's last attempt at health care reform - Obamacare - didn't work. Nearly a decade after its passage, Democrats are calling for a government takeover of the nation's health care system: Medicare for All.

Supporters of Medicare for All assert the right to health care, promising universal, high-quality care to all Americans at no cost. With a sales pitch like that, it's no wonder the idea has broad support. Democrats, particularly progressive ones, hope to capitalize on this enthusiasm.

Here Sally C. Pipes makes a case against Medicare for All. Using evidence from government-run systems in Canada and the UK she explains how single-payer health care makes a litany of promises it can't possibly keep.

Between unpacking the plans under consideration in Congress - including the real costs behind the claims - and detailing the horrors of single-payer care in other countries, Pipes highlights how Americans actually fare better than their peers in Canada and the UK on health outcomes. Included are heart-wrenching stories of the human costs of free, universal, government-run health care systems.

Pipes concludes with her vision for delivering the affordable, accessible, quality care the American people are looking for.