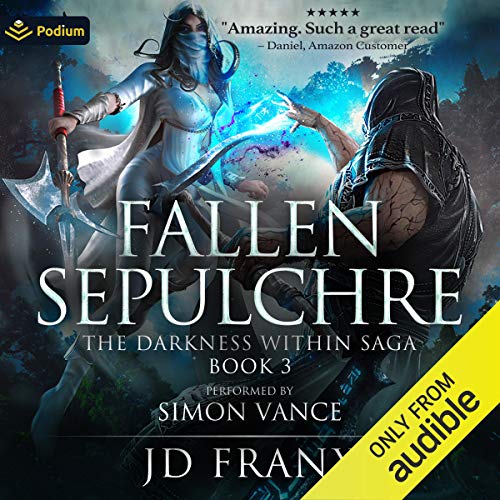 Threatened by an Elloryan invasion reinforced by the Ancients, the sanctuary Ember and Max sought in DormaSai after Kael’s burial is at its end. A civil war rages in Cethos, and the threat of Wildland tribal attacks in the Blood Kingoms is imminent. They can offer no help to their Southern neighbors, leaving DormaSai as all that stands in the Ancients’ way. When the peace conclave crumbles and the Ancients are forced from DormaSai by unexpected allies, Ember and Max turn their attention to preparing for the Ancients’ inevitable return.

One year after Kael’s death, the Ancients return for the Human Animus seal, and with them, comes the full might of Emperor Mero’s Elloryan military machine. On the dawn of war, startling information from the North reaches the DormaSai military camp as King Kohl’s spies return from Corynth. They bring tales of a DeathWizard restoring the rightful Bale heir to the Cesthosian throne and freeing Talohna’s only ArchWizard from the clutches of the DragonKin.

Ember, Max, and Yrlissa are convinced that only one DeathWizard would have cause to do either - Kael.

As war with Ellorya erupts, their hope that Kael is somehow back from the dead must be set aside. The war that all of Talohna has dreaded for so long is about to begin, and hope is a rare commodity during any war.