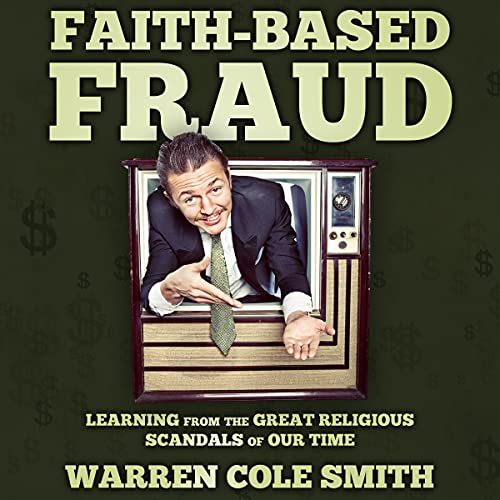 Transparency and Accountability Will Help Restore the Credibility of the Church

We live in a secular, skeptical, and cynical age. Americans have lost faith in its institutions - including the church. Although the vast majority of Christian leaders serve faithfully, examples of financial fraud, greed, sexual and emotional abuse, and other systemic problems are almost everyday occurrences. And a watching world has a right to ask even those who are faithful ministers of the Gospel: “If you knew this was happening, why didn’t you say something?”

Whether or not honest and above-board Christian leadership like it, in the eyes of the world, our silence makes us complicit.

That’s why this book is so vital. Faith-Based Fraud is a clear-eyed look at fraud in the church - from Jim and Tammy Bakker’s PTL Network to Mark Driscoll, Todd Bentley, David Jeremiah, and Bill Hybels. It is an answer to those who say that the silence of Christian leadership is approval. And although this book is sometimes tough on the church and its leaders, its purpose is not to tear down the evangelical church, but to restore it to its rightful place of influence in the culture and in the lives of people who desperately need its message of grace and truth.

Warren Cole Smith is the President of MinistryWatch, which is dedicated to bringing transparency, accountability, and restored credibility to the Christian ministry world. He has served as vice president of The Colson Center for Christian Worldview and as vice president and associate publisher at WORLD Magazine. He hosts the long-running podcast Listening In, and he is the author or co-author of more than a dozen books, including A Lover’s Quarrel with the Evangelical Church, Prodigal Press (with Marvin Olasky), and Restoring All Things (with John Stonestreet).