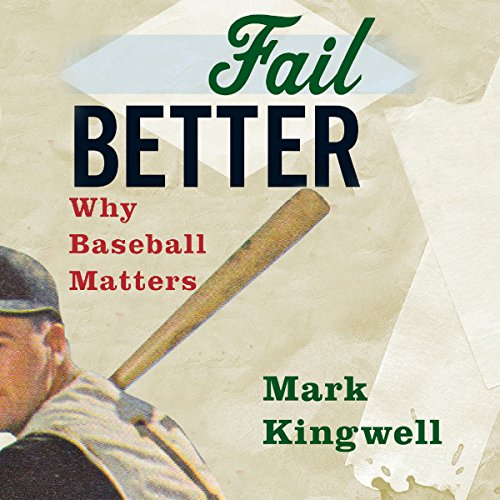 Taking seriously the idea that baseball is a study in failure - a very successful batter manages a base hit in just three of every 10 attempts - Mark Kingwell argues that there is no better tutor of human failure's enduring significance than this strange, crooked game of base, where geometry becomes poetry.

Weaving elements of memoir, philosophical reflection, sports writing, and humour, Fail Better is an intellectual love letter to baseball by one of North America's most engaging philosophers. Kingwell illustrates complex concepts like theoretically infinite game-space, "time out of time", and the rules of civility with accessible examples drawn from the game, its history, and his own halting efforts to hit 'em where they ain't. Beyond a "Beckett meets baseball" study in failure, Kingwell crafts a thoughtful appreciation of why sports matter and how they change our vision of the world.

Never pretentious, always entertaining, Fail Better is set to be the homerun nonfiction title of the season.