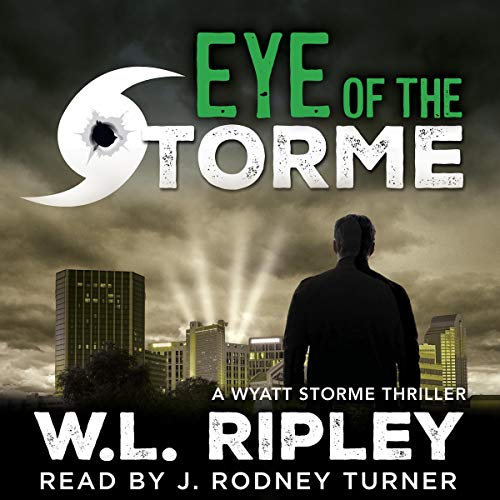 Eye of the Storme

A young co-ed is raped by a country music legend in Branson, the “NashVegas” of Missouri. Ignored by the police, she turns to TV newswoman Sandy Collingsworth for help. Sandy’s investigation stirs up a hornet’s nest of corruption and crime, putting her in the mob’s crosshairs...something her boyfriend Wyatt Storme, a freelance troubleshooter, won’t abide. Storme rolls into Branson like a hurricane with his buddy Chick Easton, an unhinged ex-CIA operative, to settle the score with his own brand of justice.

“Storme is one of my all-time favorite series characters, up there with Spenser and Dave Robicheaux.” (Ace Atkins, the New York Times best-selling author of The Forsaken and Robert B. Parker's Cheap Shot)

"Here's one for the boys who love to kick butt...Storme has the catlike moves of the early Spenser, before he got to be such a prig.” (Kirkus Reviews)

"For those of us who still feel an ache for the immortal John D. MacDonald, there might finally be a replacement on the horizon." (Tampa Tribune)