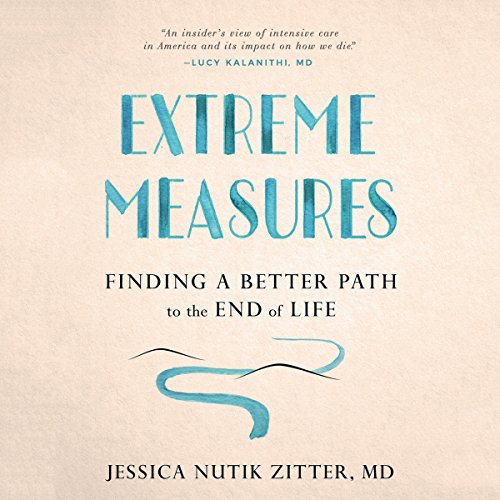 In medical school, no one teaches you how to let a patient die.

Jessica Zitter became a doctor because she wanted to be a hero. She elected to specialize in critical care - to become an ICU physician - and imagined herself swooping in to rescue patients from the brink of death. But then during her first code, she found herself cracking the ribs of a patient so old and frail it was unimaginable he would ever come back to life. She began to question her choice.

Extreme Measures charts Zitter's journey from wanting to be one kind of hero to becoming another - a doctor who prioritizes the patient's values and preferences in an environment where the default choice is the extreme use of technology. In our current medical culture, the old and the ill are put on what she terms the end-of-life conveyor belt. They are intubated, catheterized, and even shelved away in care facilities to suffer their final days alone, confused, and often in pain. In her work Zitter has learned what patients fear more than death itself: the prospect of dying badly. She builds bridges between patients and caregivers, formulates plans to allay patients' pain and anxiety, and enlists the support of loved ones so that life can end well, even beautifully.

Filled with rich patient stories that make a compelling medical narrative, Extreme Measures enlarges the national conversation as it thoughtfully and compassionately examines an experience that defines being human.