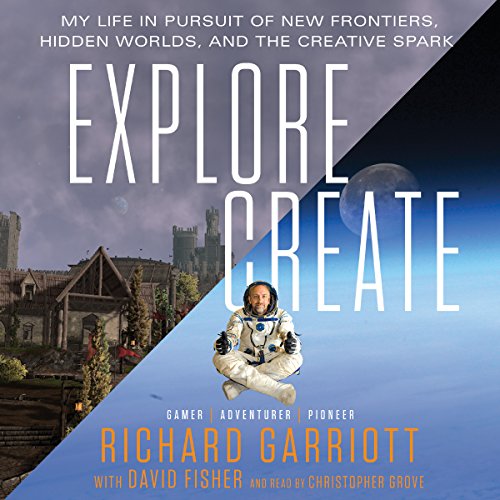 An inventor, adventurer, entrepreneur, collector, and entertainer, and son of legendary scientist-astronaut Owen Garriott, Richard Garriott de Cayeux has been behind some of the most exciting undertakings of our time. A legendary pioneer of the online gaming industry - and a member of every gaming Hall of Fame - Garriott invented the multi-player online game, and coined the term "Avatar" to describe an individual's online character.

A lifelong adventurer and member of the Explorers Club, Garriott has used the fortune he amassed from the gaming business to embark on a number of thrilling expeditions. He has plumbed the depths of the Atlantic Ocean to see the remains of the Titanic, hunted for meteorites in Antarctica, and in 2008 became one of the first private citizens to be launched into space. Richard has been one of the foremost pioneers of the private space industry, investing his time and energy into making space travel more accessible.

In this fascinating memoir, Garriott invites listeners on the great adventure that is his life. An audacious genius with an insatiable curiosity and an irrepressible playfulness, Garriott takes listeners on an unforgettable intellectual experience that is enlightening, adventurous, and fun.