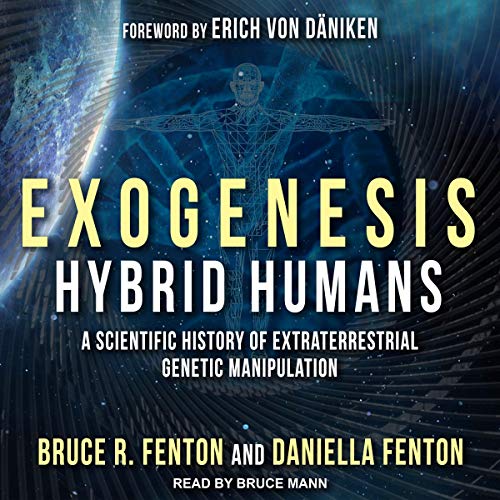 Exogenesis: the hypothesis that life originated elsewhere in the universe and was spread to Earth.

Exogenesis: Hybrid Humans offers a deep dive into the strongest ever scientific evidence that supports the popular belief that Earth has been visited in prehistory, but goes even further, concluding that there is also compelling evidence of alien involvement with the human genome. The broader history of possible extraterrestrial contact is explored alongside a look at current events in the subject of alien disclosure with the result of highlighting evidence of a contact continuum that has continued since the dawn of humanity. The data brought together suggests that the next stage in human evolution may involve the manifestation of full open contact with the visitors in our lifetimes.