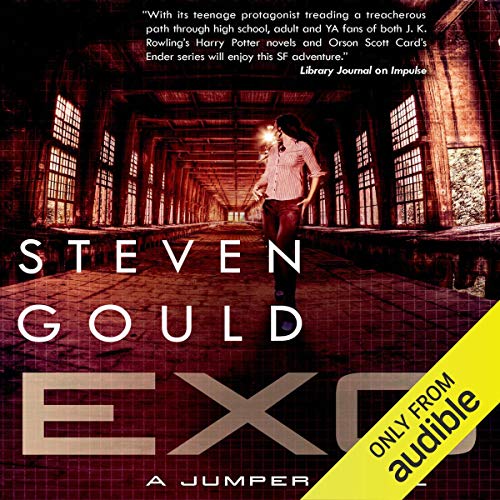 Award-winning author Steven Gould returns to the world of his classic novel Jumper in Exo, the sequel to Impulse, blending the drama of high school with world shattering consequences.

Cent can teleport. So can her parents, but they are the only people in the world who can. This is not as great as you might think it would be - sure, you can go shopping in Japan and then have tea in London, but it's hard to keep a secret like that. And there are people, dangerous people, who work for governments and have guns, who want to make you do just this one thing for them. And when you're a teenage girl things get even more complicated. High school. Boys. Global climate change, refugees, and genocide. Orbital mechanics.

But Cent isn't easily daunted, and neither are Davy and Millie, her parents. She's going to make some changes in the world.