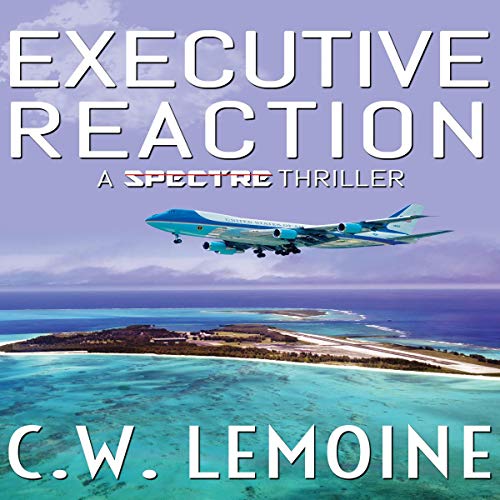 In Book Four of the military thriller Spectre series by C.W. Lemoine, Cal "Spectre" Martin finds himself face to face with the Commander in Chief aboard Air Force One. Together with FBI agent Michelle Decker, he is ready to share evidence so incriminating it could topple the current administration in Washington DC.

A series of terror attacks across US interests in the South Pacific causes the Secret Service to evacuate the President, delaying Spectre’s meeting indefinitely. But just when Spectre thought his day couldn’t get any worse, it does.

Soaring into international airspace over the Pacific Ocean, terror strikes, forcing Air Force One to land on the remote American island of Midway. Soon Spectre and Decker realize their enemy is not at all what they expected. The stakes have never been higher as Spectre calls on every resource he has to free the president and the hostages, desperate to escape the net of conspiracy that threatens to close around them all...for good.