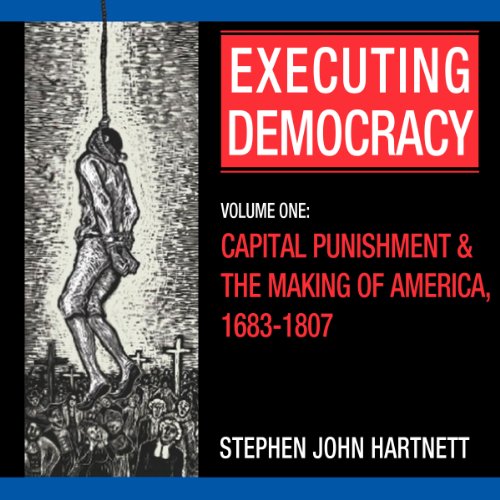 Executing Democracy: Capital Punishment & the Making of America, 1683-1807 is the first volume of a rhetorical history of public debates about crime, violence, and capital punishment in America. This examination begins in 1683, when William Penn first struggled to govern the rowdy indentured servants of Philadelphia, and continues up until 1807, when the Federalists sought to impose law-and-order upon the New Republic.

This volume offers a lively historical overview of how crime, violence, and capital punishment influenced the settling of the New World, the American Revolution, and the frantic post-war political scrambling to establish norms that would govern the new republic.

By presenting a macro-historical overview, and by filling the arguments with voices from different political camps and communicative genres, Hartnett provides readers with fresh perspectives for understanding the centrality of public debates about capital punishment to the history of American democracy.