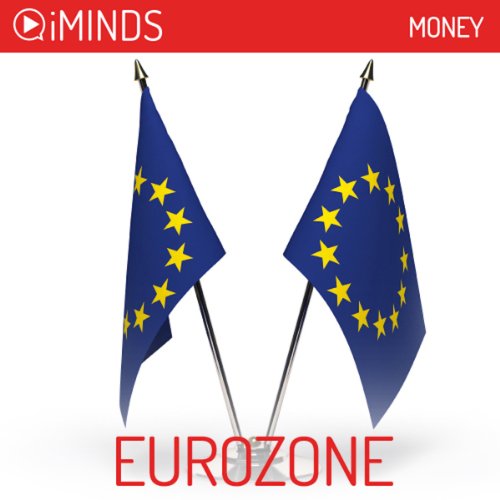 iMinds’ Money series introduces listeners to important financial concepts in less than 10 minutes. Each audiobook is narrated by Emily Sophie Knapp in a clear voice and simple style.

The Euro Zone refers to those countries that have instituted the Euro as their national currency. By 2009, the Euro Zone was the second-largest world economy after the U.S. This audiobook introduces listeners to concepts important to gaining an understanding of the Euro Zone, including legal ramifications, eligibility for membership, and how the zone attempts to maintain regional and overseas stability.

Learn about the Eurozone with iMinds Money's insightful fast knowledge series. The Eurozone, known officially as the Euro-area and sometimes as Euroland, is a collection of countries that have adopted the Euro as their national currency. As of 2010, 16 countries replaced their national currency with the Euro. As members of the European Union and the European Monetary Union, they have ceded control of their monetary systems to Central European Bank.

The Eurozone comprises of a population of 330 million and has a 15.2% share of global gross domestic product as of 2009. This makes it the second largest economy worldwide after the United States. There are still several members of the European Union who have not adopted the euro as their national currency. This is due to these countries not having met the strict requirements for economic integration. In the case of Denmark and the United Kingdom, opt-out agreements allow the continued use of a national currency despite EU membership. There are also non-EU states that have adopted the euro as both official and unofficial national currencies, though they are not considered a part of the Eurozone.

iMinds will hone your financial knowledge with its insightful series looking at topics related to Money, Investment and Finance.. whether an amateur or specialist in the field, iMinds targeted fast knowledge series will whet your mental appetite and broaden your mind. iMinds unique fast-learning modules as seen in the Financial Times, Wired, Vogue, Robb Report, Sky News, LA Times, Mashable and many others... the future of general knowledge acquisition.