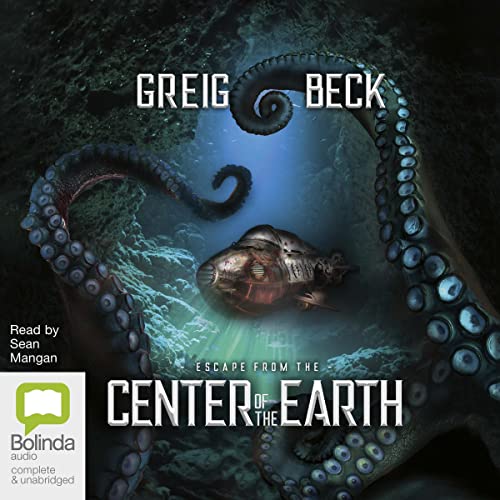 Escape from the Center of the Earth

Escape from the Center of the Earth is the final edition of the blockbusting Center Earth trilogy, closing with a mind-bending climax.

A ghostly, sobbing voice is detected from the depths of Russia’s Kola super deep borehole - nine miles down. A Russian team is dispatched in a desperate rescue mission to find the woman. But how did she get there? And how is she still alive?

Meanwhile, the Americans prepare their own expedition after a new rift leading to the center of the Earth has been discovered at the bottom of the Mariana Trench in the Western Pacific Ocean. Mike Monroe and Jane Baxter agree to accompany the team of soldiers and scientists to seek a compound that is potentially a cure for cancer...a cancer that is slowly eating away at them, and the legacy of their time in the boiling red hell at the core of the planet.

Now, a two-pronged mission seeks answers from the Earth’s interior, a place of impenetrable jungles, fallen kingdoms and monstrous creatures that have never been seen on the surface and have evolved into nightmarish and deadly forms. But there is something else - a mountainous ancient being that is as old as the world and has been awaiting them. And this time will not let them leave.