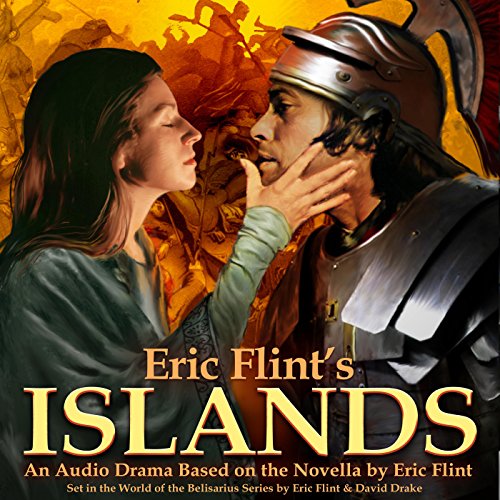 Epic adventure, the horrors and glory of war, and the dawning of authentic love combine in this drama based on a classic novella of the Belisarius series.

AD 751: The being from the future known as Aide has brought technology to Byzantine Rome in an attempt to oppose another nefarious AI from the same future. This is a Roman Empire with the telegraph, muzzle-loading rifles, and steam-powered ships. In the midst of this transformed world: Calopodius Saronites, 17 years old and a Constantinople aristocrat who has gone to the front with General Belisarius to seek glory. And Anna Saronites, also 17, Calopodius' wife by arranged marriage who seeks a life for herself outside the strictures of Constantinople society.

As Anna journeys into the horror of war's rear area hospitals and uprooted lives, she finds uses for her talents of which she never dreamed, even as her husband, Calopodius, remakes his life on the front after he is blinded by a terrible wound.

Islands: an audio drama based on the novella Islands by Eric Flint. Set in the world of the Belisarius series created by Eric Flint and David Drake. Adapted by Tony Daniel