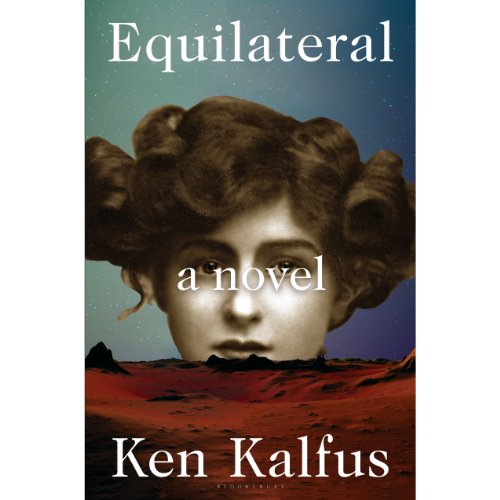 Equilateral is an intellectual comedy set just before the turn of the century in Egypt. A British astronomer, Thayer, high on Darwin and other progressive scientists of the age, has come to believe that beings more highly evolved than us are alive on Mars (he has evidence) and that there will be a perfect moment in which we can signal to them that we are here too. He gets the support and funding for a massive project to build the Equilateral, a triangle with sides hundreds of miles long, in the desert of Egypt in time for that perfect window. But as work progresses, the Egyptian workers, less evolved than the British, are also less than cooperative, and a bout of malaria that seems to activate at the worst moments makes it all much more confusing and complex than Thayer ever imagined.

We see Thayer also through the eyes of two women - a triangle of another sort - a romantic one that involves a secretary who looks after Thayer but doesn't suffer fools, and Binta, a house servant he covets but can't communicate with - and through them we catch sight of the depth of self-delusion and the folly of the enterprise. Equilateral is written with a subtle, sly humor, but it's also a model of reserve and historical accuracy; it's about many things, including Empire and colonization and exploration; it's about "the other" and who that other might be. We would like to talk to the stars, and yet we can barely talk to each other.