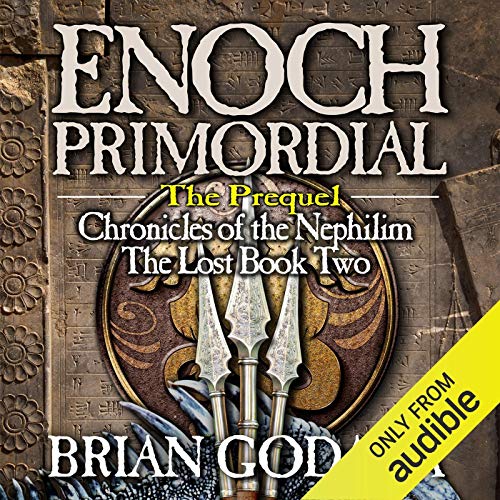 In a Dark World, One Man is Called by God: Enoch

Before Noah, before the Flood, the world is wicked beyond imagination.

But one man stands out from the rest: Enoch, he who walks with God, but also loves his wife and family with all his heart.

Then God gives Enoch a frightening duty: He and his family must become giant killers.

But those very monsters are now coming after them.

And they’re not stopping - until they push their way back to Eden.

This second novel in the saga Chronicles of the Nephilim is a prequel to Noah Primeval that tells the original story of the fallen angel Watchers from heaven and the rise of the Nephilim giants of Genesis 6.

Learn about the historical and biblical research behind the novel

Author Brian Godawa shares an appendix that provides an explanation of Biblical concepts in the novel such as the Watchers, Nephilim, Giants, Leviathan, the Book of Enoch, and fallen angels.

On the age appropriateness of the novels

This Biblical Fiction series is rated PG-13, appropriate for mature teens and above, similar to the Bible and The Lord of the Rings.